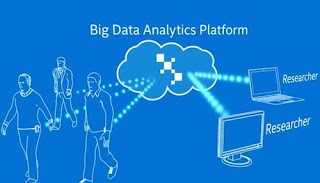 Introduction
Parkinson’s disease is a degenerative disorder of a central nervous system. It’s more common in older people after the age of 60. It is sometime called idiopathic because it has not the external identifiable cause. The early symptoms of the disease are shaking, difficulty with walking, rigidity, bradykinesia (slowness of movements), postural instability, freezing and loss a sense of smell. In the later stage when disease increase, the patient may have behavior and thinking issues. According to the National Parkinson’s Foundation survey in 2010 [1], nearly 1 million people in the U.S. are living with Parkinson’s disease, with between 50,000 and 60,000 new cases diagnosed each year. Medication costs for an individual person with Parkinson’s disease average $2,500 a year [2].

Problem
There are not biological markers to diagnose Parkinson’s disease. Researchers are working hard to identify the cause of disease.
The physicians are used following techniques for diagnosis.

Above techniques are traditional and subjective, the result may vary as per doctor’s observation. These techniques have not changed since Dr. James Parkinson suggested before 200 years (1817). There is no cure for Parkinson’s, but the drug levodopa and other medications can control symptoms for years together. In addition to above techniques, physician suggests a patient to undergo PET Scan, CT Scan, and MRI to check other effects on the body. Accurate and objective diagnosis is the primary challenge for a physician.

Solution
The primary symptoms of Parkinson’s disease are Moto symptoms — Shaking or tremor and walking difficulty. Latest technical innovation in sensors and wearable has the potential to transform the current practice of observing & capturing the effect of Moto symptoms on patients. With the wearable device monitoring, symptoms can be measured objectively. For instance, a patient might inform the doctor that he felt tremor for several minutes, whereas actual duration would have been few seconds. With these wearable device, doctors can get precise measurements of the “frequency and severity” of symptoms.
There are multifold benefits of using wearable to monitor patients.

Conclusion
Wearable has a potential to revolutionize diagnosis technique for Parkinson’s disease. Using wearable technology, researchers can actually monitor and measurable Moto symptoms. It will help to find new drugs, can save thousands of dollars and most importantly researchers will find cause and treatment of Parkinson’s disease to save patient’s life.